Hyundai Pickup on the Horizon 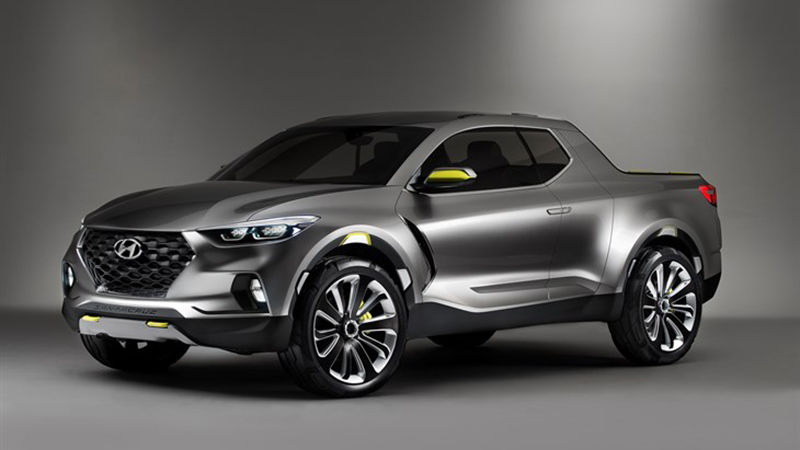 In an effort to keep pace with the market’s shifting interest towards SUV’s and Trucks, Hyundai has announced plans to launch their own pickup truck in the US market.

The design will be based off of the Santa Cruz concept (pictured above) that was revealed as a during 2015 auto shows across the country. However, at this time we aren’t sure how closely the production model will match the concept, or if it will even be called the Santa Cruz. If the sizing of the truck remains the same as the Santa Cruz concept, it would put the truck in a class of its own, as it would be smaller than the midsize Chevy Colorado and Toyota Tacoma. However, details on the size are still unknown, so it could end up falling in the midsize segment along with those competitors.

As sedan sales continue to diminish, the manufacturer is also looking to redesign three crossovers by 2020, in addition to releasing this all-new truck. It’ll be fun to track these updates and see how closely the styling of the Hyundai pickup follows the concept. Based off of the pictures, we’re thinking they shouldn’t stray too far.