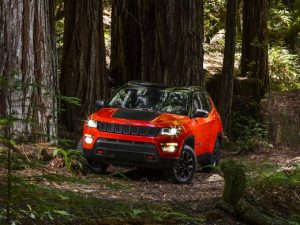 Fiat Chrysler has released details and images of the completely revamped Jeep Compass. The updated Compass will act as the replacement for both the outgoing Compass and the overly boxy Patriot.

Based off the few images released along with the announcement, the all-new Compass has strong resemblances of the current Grand Cherokee. While the outgoing Compass looked a little like a baby Grand Cherokee, the updated version looks more like the little brother, with a powerful front-end and stance.

Jeep made sure to note that a TrailHawk trim level will be available, while they also hinted that the MySky removable roof panels will be available as well. The one interior photo clearly displays and upgraded infotainment system and an interior resembling that of the Cherokee. It’s expected that the many improvements, including better fuel economy, will result in a higher price. 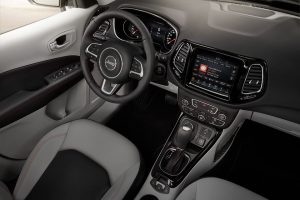 The initial photos are creating a lot of buzz, and I have to say it’s gotten us excited to see the final product first-hand.  However, production has just gotten underway, so expect to start seeing these all-new vehicles at dealers in spring of 2017.