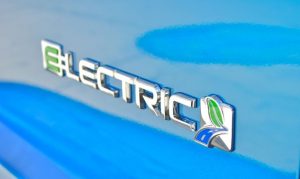 Ford will focus on becoming a leader in “electrification, autonomy, and mobility,” the manufacturer announced in a recent press release. Relying on nearly two decades of experience in electrification, “Ford is investing $4.5 billion in electrified solutions and introducing 13 new electrified vehicles – representing 40 percent of its lineup – by 2020,” the release states.

This move should position Ford as a leader in the electric vehicle market, as the number of electrified offerings is predicted to exceed conventional combustion vehicle offerings within the 2030 timeframe.

In addition to the electric segment, Ford will also focus on growing its presence in the self-driving and autonomous vehicle industry. The company plans to produce a vehicle that is able to operate fully autonomous by 2021. The vehicle is being designed for commercial services and will not be equipped with a steering wheel or gas and brake pedals. Ford forecasts that autonomous vehicles could comprise up to 20% of vehicle sales by 2030.

Ford is also focusing on its core segments to act as pillars to support the future investments in “emerging opportunities.” They will continue to concentrate on building their global leadership in the truck, van, commercial, & performance vehicle segments.

“We expect Ford’s performance to be strong through 2018 — with our core business improving, allowing us to invest in the emerging opportunities that will ensure our future success,” said Ford CFO Bob Shanks.

Ford is recalling around 270,000 F-150 pickups throughout the US, Canada, and Mexico due to front brake issues that may result in the weakening and failure of the brakes. It was discovered that brake fluid can leak from the master cylinder, reducing the ability of the front brakes to stop the vehicles. The recall only affects 2013-2014 EcoBoost models with the 3.5-liter twin turbo V6 engine. The official breakdown is 225,012 in the US, 43,682 in Canada, and 402 in Mexico.  Ford is working to allocate the parts required for repairs and will officially begin notifying customers on July 11th.