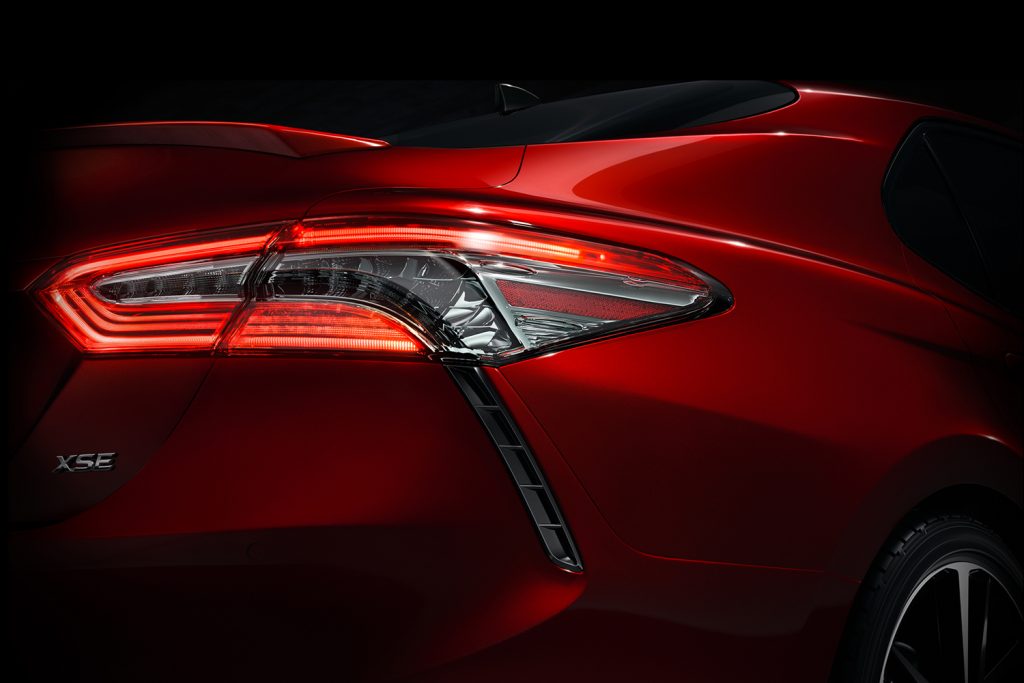 Toyota has released a teaser image of their redesigned 2018 Camry ahead of its debut at the 2017 Detroit Auto Show. While sales numbers of the Camry have been continually strong, the outgoing body style doesn’t necessarily incite a need to get behind the wheel of the Camry. We’re hoping that the redesigned look will add “eye-catching” to the list of adjectives that have helped the Camry to be such a good seller, such as fuel-efficient, safe, and reliable.

The image reveals the taillight and rear quarter panel of the Camry. The LED wrapped taillight and faux-air vent stand out as unique features that add a modernized look. Early information points to a 2.5L 4-cylinder and a 2.0L turbo engine options. There have also been rumors of an optional 3.5L V6 that would power the TRD trim level Camry.

The released image is doing what it’s meant to in creating a lot of buzz about the redesigned Camry. We’re just hoping that this buzz is warranted and the unseen portions of the 2018 Toyota Camry are as attractive as what we see in the teaser photo.