2018 Chevrolet Traverse
Added SUV/truck elements add some brawniness to the Traverse and quickly make you forget all about the outgoing model’s long, sloping roof that made it minivan-esque. However it still has the convenient features keep Traverse in the Family-friendly category, such as the split folding 2nd row that allows the curbside section to flip forward. 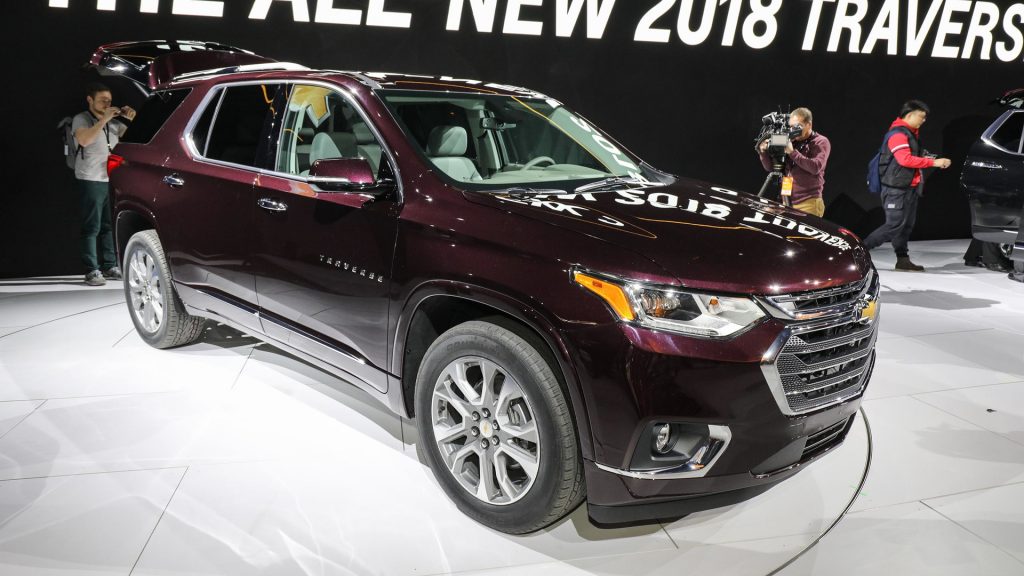 2018 GMC Terrain
The large front grille (which is chrome on the Denali) screams “truck-based SUV” and helps the Terrain to look like the not-so-little brother of the Acadia. The new styling looks great and it even has an optional 1.6L diesel. 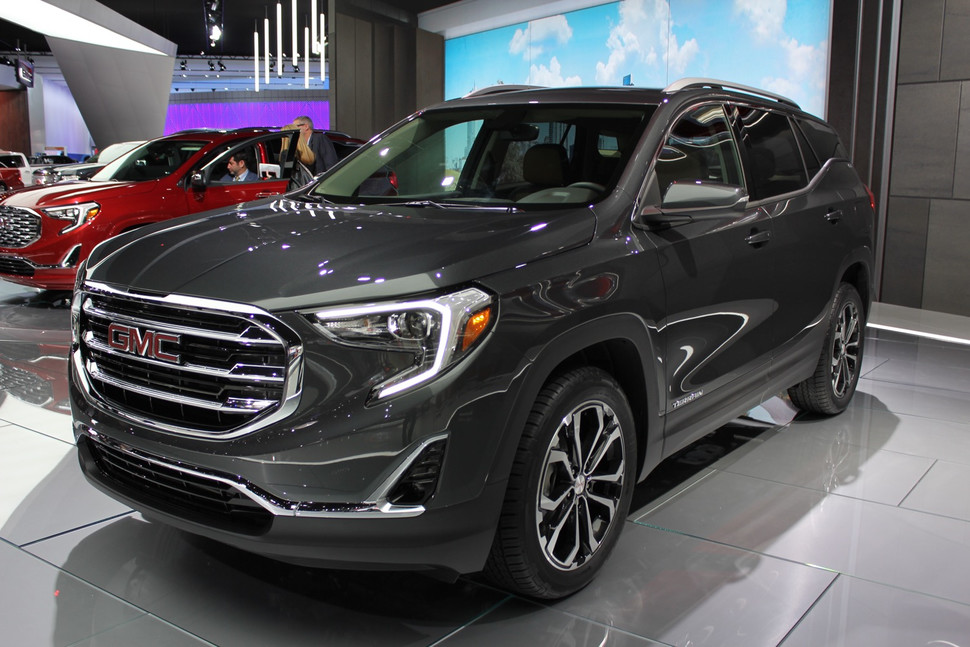 Nissan Rogue Sport
This slightly smaller version of the Rogue is Nissan’s most popular vehicle in Europe and will finally be available in the US. 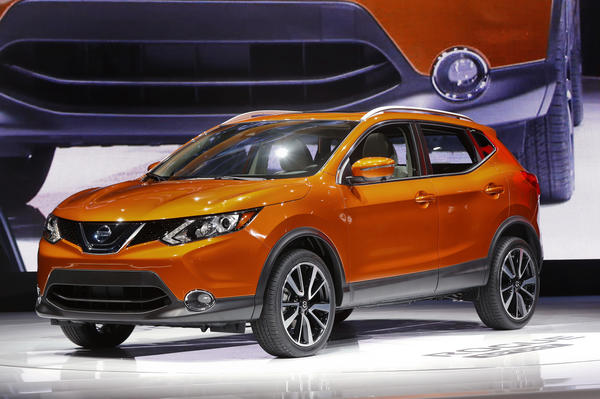 Toyota Camry
The edgier look of America’s bestselling midsize sedan is a welcome sight. The Sport Appearance package, available on the SE and XSE trims, includes quad tailpipes and vent accents below taillight to add to the all-around sportier design. Also, the stark black roof, which is painted separately than the rest of the car once it comes off the line, adds even more of a sport-luxury feel to the Camry. 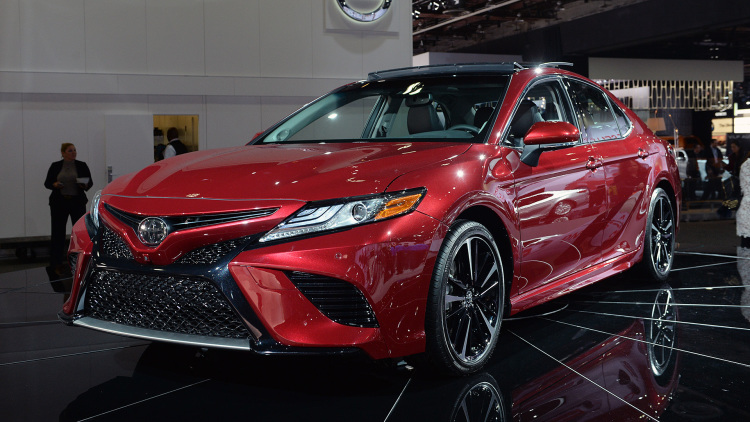 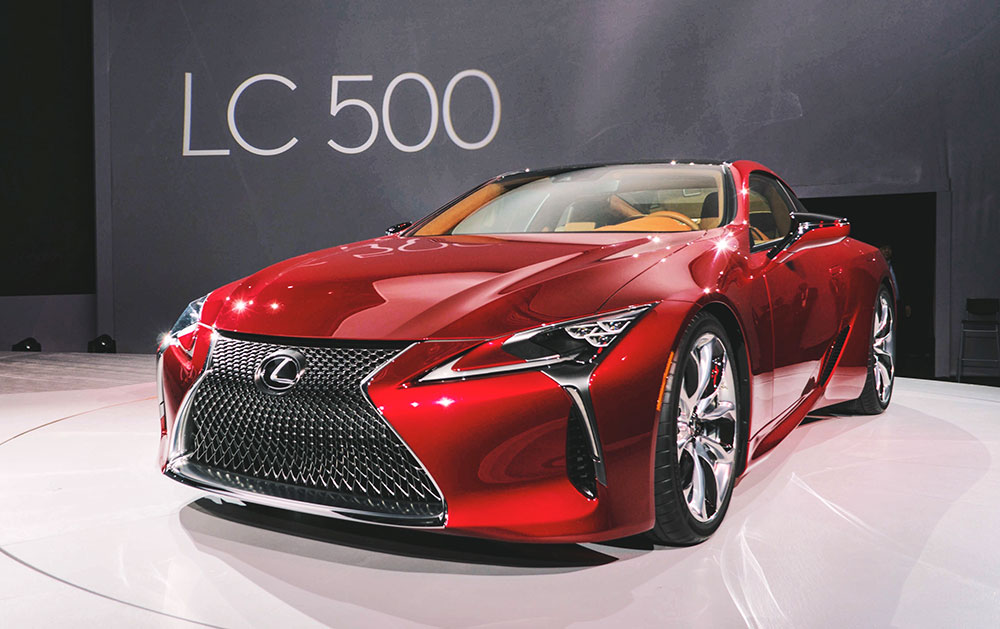 Kia Stinger
Kia’s rear-wheel drive sports sedan comes equipped with a standard 2.0L turbocharged 4cyl that delivers 255-hp. However, for the speed demons out there, a 3.3L twin turbo V6 is also available, which puts out 365-hp. The upgraded V6 model comes with Brembo brakes and gets up from 0-60 in 5.1 seconds…not blinding, but still impressive. The stinger will also be available an AWD, though the RWD model comes with a mechanical limited-slip differential. 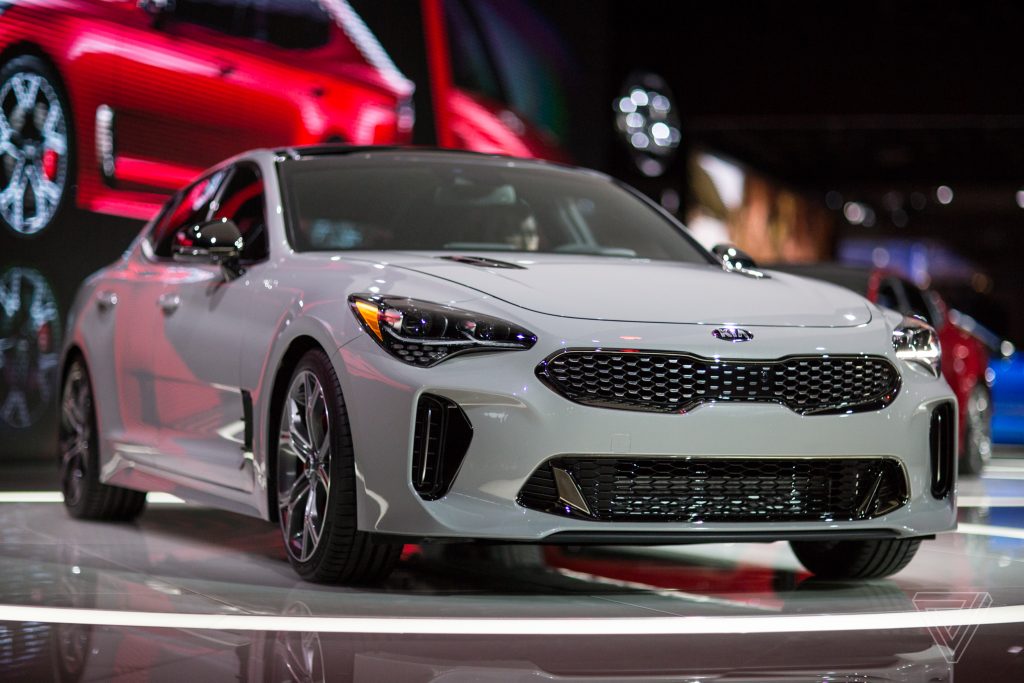 2018 Honda Odyssey
Sure, it’s not as exciting as the LC 500 or Stinger, but the redesigned Honda Odyssey has some very unique features. The Cabin Watch system includes an overhead camera that allows the front passengers to view both the 2nd and 3rd rows on the infotainment screen. This system even has night vision, so the driver can see what’s going on no matter what time it is. A Cabin Talk system also allows parents to talk through headphones connected to the rear-entertainment system. 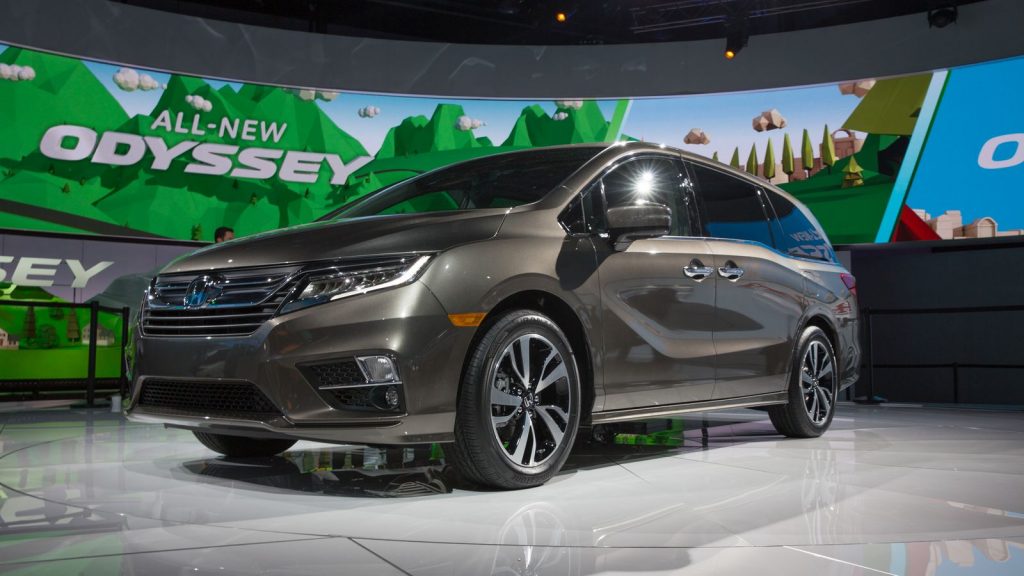 Audi Q8 Concept
Although this concept debuted with a plug-in hybrid powertrain with over 500 lb-ft of torque, the Q8 is expected to be equipped with the same 2.0L 4cyl and 3.0L 6cyl that power the current Q7. Unlike the Q7, however, there will be no 3rd row seating due to the sloped roof and rear window. This design lends to a very sleek and stylish look, so we’ll forgive them for removing the 3rd row. 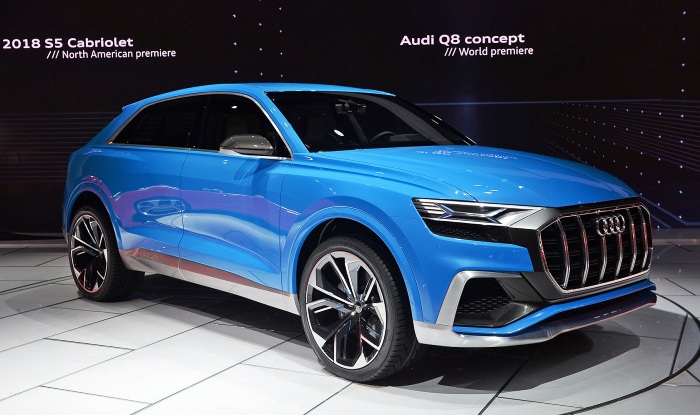 Buick Avista Concept
This two door, rear-wheel drive Buick (yes, you read that correctly…Two door. RWD. Buick.) is stunning. The Avista Concept is sleek and curvaceous with an aggressive forward-sloping stance. That aggressive stance isn’t all show, as the RWD Avista is powered by a 400-hp twin-turbo V6. Now we just have to hope that Buick actually puts it into production. 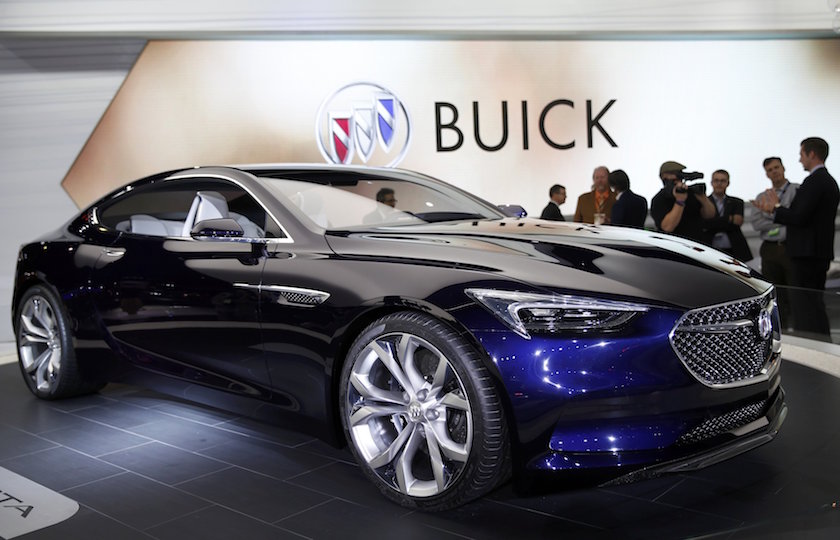 QX50 Concept
Infiniti’s QX50 is another concept that made a great first impression in Detroit. The front-end design is in-line with Infiniti’s identity of being aggressive and muscular. The premium interior features stitched and dotted leather alongside woodgrain that follows the luxury appeal of the exterior. 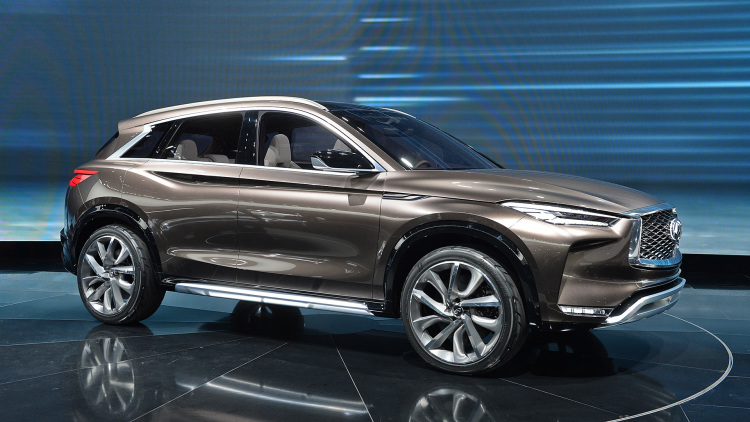