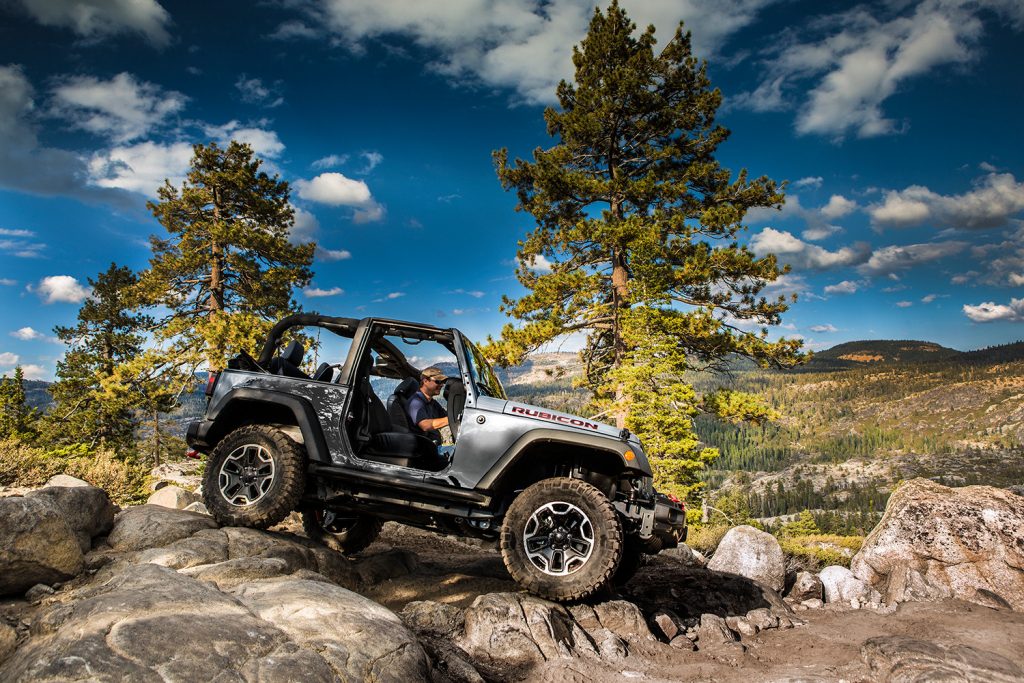 It’s very common to hear people claim that they want an all-wheel drive vehicle, but what does this really mean? Is that the same as a four-wheel drive system? In many people’s minds, these are one in the same. That is not the case, and we’re hoping to clear up the confusion while also helping you determine which one is the right type for you. We’ll start with a look at each of the systems.

Put simply, Four-wheel drive systems, or 4×4’s, are found on trucks and truck-based SUVs. These vehicles have a drivetrain that utilizes two differentials, as well as a transfer case, to deliver the maximum amount of torque to each of the four wheels. The issue with this is that an equal amount of power is delivered to each wheel, which can be problematic when cornering, as the outside wheels need to rotate more quickly than the inside ones since they’re covering more ground. If going at the same rate, the inside wheels will lose traction and spin. This is the reason that these systems can be shut off and are best for off-roading vehicles.

You’ll also see Four-High (4H) and Four-Low (4L) levers or buttons, which are pretty self-explanatory. 4H is to be used at normal-to-high speeds, and should be used when roads are wet, snowy, icy, etc. 4L is for the more extreme off-roading and for bigger issues, like when you’re stuck in a snowy ditch, in soft sand, or doing some good ol’ rock climbing. You should not exceed 35-40mph when in 4L.

4×4’s have been around much longer than AWD systems. And unlike an AWD system, which is on all of the time, 4WD systems can be shut off when not needed.

All-wheel drive systems, found on cars and crossovers, are a more recent innovation and offer different capabilities that make them more practical for every-day road warriors.  Being that these systems vary on a manufacturer-by-manufacture basis, with many even having multiple AWD modes on a given model, we’ll just look at what makes up an AWD system.

AWD system uses a drivetrain that employs a front, rear, and center differential to deliver power to all four wheels. The center differential aids the vehicle in automatically determining which wheels have the most traction and therefore should receive the most torque. Old AWD systems (open-differential) did not have the ability to control the torque output very well, so power would follow the path of least resistance, resulting in the traction-less wheel spinning wildly. The more advanced and modern AWD systems mostly use different versions of limited-slip differentials that can react to changes in traction much more efficiently. These are better able to instantly react to the ever changing road to keep the vehicle in control while constantly transferring different amounts of torque between the wheels. When looking to purchase an AWD vehicle it’s important to look into the amount of torque it’s able to distribute. The higher the number, the better.

Both AWD and 4WD vehicles offer better acceleration, increased resale value, and better handling. However, 4WD systems do not offer better handling for every-day driving, because as we noted above, the system should be shut off when on dry-paved roads. The technologies around AWD systems continue to evolve and as we also noted above, a given vehicle could have multiple different modes, such as snow, sand, and sport, to provide the driver with the most control possible. We can only expect these capabilities to continue to expand as time goes on and better technologies are developed.

However, where there are pros, there must also be cons. AWD/4WD vehicles are more expensive both upfront and in the long run.  Like most things, the more complex it is the more likely something is to go wrong, so added maintenance costs can be expected.  AWD/4WD vehicles are also more expensive upfront. You can also expect to lose some fuel efficiency, typically a 5-10% decrease in MPG over their 2WD counterparts.

So while the idea of blasting through snow, crawling over rocks, and tearing up some dirt roads may be very appealing, it’s important to consider whether or not you truly need an AWD or 4WD vehicle. And if you do, make sure you’re aware which type is the right one for you.