How Worthwhile is My Hybrid?

As the offerings within the hybrid market continue to expand, buyers will remain enticed by the superior fuel economy that they offer. It can be easy to follow the line of thinking that if you purchase a hybrid, you’ll save money in the long run. But do all hybrids necessarily mean savings will be realized throughout the life of the vehicle when compared to the non-hybrid counterpart?

A simple way to look at this is to compare the MSRP and MPG ratings of the hybrid models vs. their non-hybrid equivalents. While this takes all insurance, maintenance, and resale data out of the equation, it does provide an overview on the general cost effectiveness of each standard/hybrid model combination in regards to fuel savings.

FuelEconomy.gov created a guide using the assumption of 15,000 miles a year, with the average cost per gallon being $2.30.  This template is extremely useful in determining how long it would actually take for a savings to be realized. However, it becomes evident that there are large variances in regards to how long it will take different hybrid options to pay off.

One such instance is the Toyota Highlander AWD Hybrid vs the Limited AWD. The Highlander Hybrid has a combined MPG rating of 28, while the standard gas has a combined of 20 MPG, equating to $493 in fuel savings each year. However, the MSRP of the hybrid is $5,495 more than the Limited. Under the previously mentioned assumptions, it would take 11.1 years for the fuel savings to offset the difference in original MSRP.

The exact opposite is the case for the Lincoln MKZ and the Buick LaCrosse, as both the hybrid and standard engine models have the exact same starting MSRP. Being that the MKZ hybrid runs at a combined 40 MPG, while the standard engine operates at 24 MPG, the estimated annual fuel savings would be around $575. Other vehicles such as the Ford Fusion, Toyota Rav4, Honda Accord, and Toyota Avalon are good options as well, as all would take less than 3 years for the fuel savings to offset the MSRP difference.

While more than half of the evaluated vehicles would break even in less than 7 years, it does cause you to stop and think, is the Hybrid model really worth it? The popularity of hybrids exploded after the 2008 recession, though the recent drop in fuel prices has driven down overall demand. 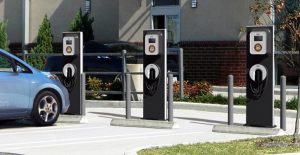 While the volatile fuel market will continue to keep these fuel efficient vehicles in demand, it’s beginning look as though electric vehicles will be the next wave to sweep over the industry.

A complete listing as proved by FuelEconomy.gov can be found at the following location: