From optimism that roadways will be made safer by reducing the control error-prone humans have, to fear that our love of getting behind the wheel and hitting the open road is being threatened, the words autonomous vehicles bring about a range of reactions.

And just like the electric vehicle push that’s currently in full swing, it won’t be long before some of these autonomous concepts become a reality. Audi put the first vehicle with level 3 autonomy on the road this past year, although not in the US due to what Audi described as structural, legal, and consumer issues. What this may signify though a next step in widely offered may be nearing, and in or to utilize it aspects of the American roadway will need to be rethought.

The different levels of vehicle autonomy are as follows:

Level 1 – General safety assistance with some control being handled by the vehicle, such as acceleration or braking.

Level 2 – Where most automakers are currently market-ready. Drivers still need to monitor the environment in order to react and take control in certain situations, but the vehicle provides assistance with steering, braking, and acceleration. Think Tesla’s autopilot mode. Driver can have hands off the steering wheel and foot of the pedals at the same time.

Level 3 – The vehicle does all of the monitoring and can handle “safety critical” functions. The driver does not need to monitor the environment the same way they do in level two. However the driver needs to engage this mode once in a situation that the vehicle’s system can operate as needed. Drivers may need to intervene in adverse situations. Audi A8 only level 3 on the road to date.

Level 5 – Fully autonomous. No need for any driver-control mechanisms, such as the pedals and steering wheel, due to the vehicle having full control.

While the notion that we’ll all be chauffeured around in fully autonomous vehicles in the near future is a bit extreme, there is an application of these vehicles that makes expanding their use an incredibly attractive endeavor.

Autonomous Superhighways
The rapid progression of automated vehicles presents a unique opportunity for a major change in the American roadways. This change may come in the form of automated highways, the logistics of which have been outlined in multiple proposals. 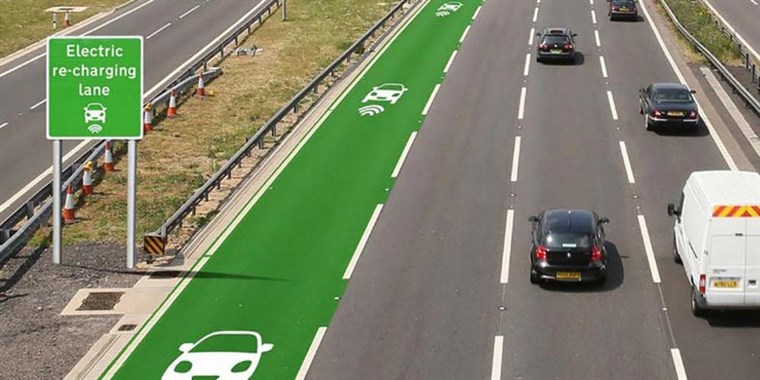 Proposals include plans for a stretch of highway reserved for up-to-par smart vehicles with assigned transponders, which are then charged for the owners’ use of that highway. Exits would be sparse, say every 50 miles, in order to reduce the amount of lane changes and lateral movement of vehicles. One proposal includes plans for the inner lane to be reserved for EV’s that self-charge using Qualcomm’s still-under-development charging pads. The plans provide details on vehicle moving in “platoons” at speeds of around 120 mph.

The cost to utilize these roadways would more than likely be high, well, at least when compared to current costs of highway driving. However, this is obviously much different than what we know as highway driving.

The selling point comes in the simplicity. If you can access this roadway for about the same cost of a flight going to the same location, why not do so? Instead of traveling to the airport, going through security, boarding, flying, and finally getting your luggage and rental car, what if you could just go from garage-to-car-to-destination, in about the same amount of time (when accounting for the total time it takes to complete airline travel).

But the difference in cost is not the only factor that improves the feasibility of autonomous highways as America’s next mode of long distance transportation. We also have extensive knowledge and experience with building roadways. Sure, we mastered the art of diesel locomotives nearly one hundred years ago, but they’re obviously far different than their high speed counterparts.

The marketing firm ABI predicts that throughout 2025 there will be around 8 million level-3 and up autonomous vehicles purchased. What this projection implies is that within the next decade we will have the capability to institute fully autonomous roadways throughout the country. It’s the second half of that equation that still needs to be developed. If the vehicle is there, it’s up to us to build the avenues on which it will traverse.