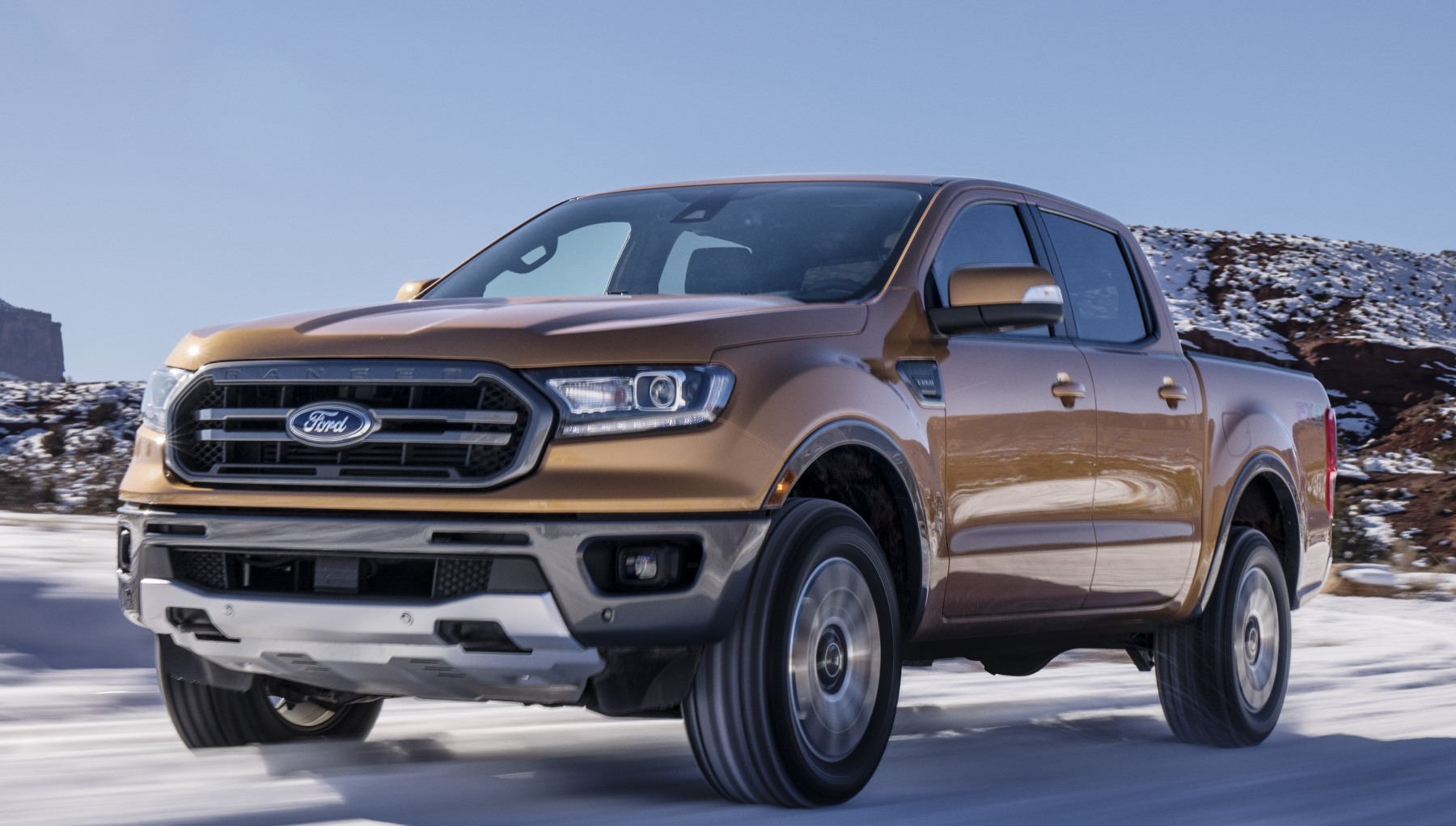 It was seven years ago that the last Ford Ranger headed for the U.S. market came off the assembly line. And while it was still being produced for countries other than the US, the homeland of this midsize truck was left without its presence. To the joy of many, Ford announced at the Detroit Auto Show that the Ranger would be joining their lineup for the 2019 model year.

As Ford insisted that there was no market for the midsize pickup, GM and Toyota worked to grow the segment’s strength. And the public’s desire for these smaller trucks increased rather rapidly, as midsize pickup sales have increased 83% since 2014. But after a huge growth rate during 2016 (26%), 2017 was much slower, experiencing a 1% decline in sales.

It looks like the segment will hold steady until the forthcoming release of the Ranger, the Nissan Frontier, and the Jeep Wrangler pickup. We may even see a decline in sales as buyers wait for these vehicles to join the party. But once available, another jump in sales similar to 2016’s 26% growth rate is very likely. And based upon initial reviews of the Ranger, it should comprise a large percentage of that increase.

While hints of the F-150 are present, the Ranger is a truck in its own right. Common design cues such as the air vents on the front fenders, a high belt line along door panels, and a robust hood give the Ranger the look of its full-size brother. But the similarities are far outweighed by the aspects that make the all-new Ranger unique.

It sports a more traditional front end than the F-150, including the increasingly-common LED accent strip below the headlight (full LED headlights and taillights are available as an add-on). Solid steel front and rear bumpers protect the front and rear. The hood and the Ranger-stamped tailgate are the only aluminum parts, as the rest of the body is comprised of steel. Each trim level (XL, XLT, and Lariat) has its own unique grille and the Ranger will be available as a Super-Cab and Super-Crew Cab.

The stylish interior provides a modernized look and feel.  An 8-inch touchscreen with Ford’s Sync 3 system is where the majority of driver control takes place, as there are few buttons outside of this cluster. USB ports are placed throughout and the FordPass Connect 4G LTE can deliver Wi-Fi access for up to 10 devices. There’s nothing overly flashy about the interior, but remember this is a pickup we’re talking about, so features such as wood grain and an analog clock might look a bit out of place. 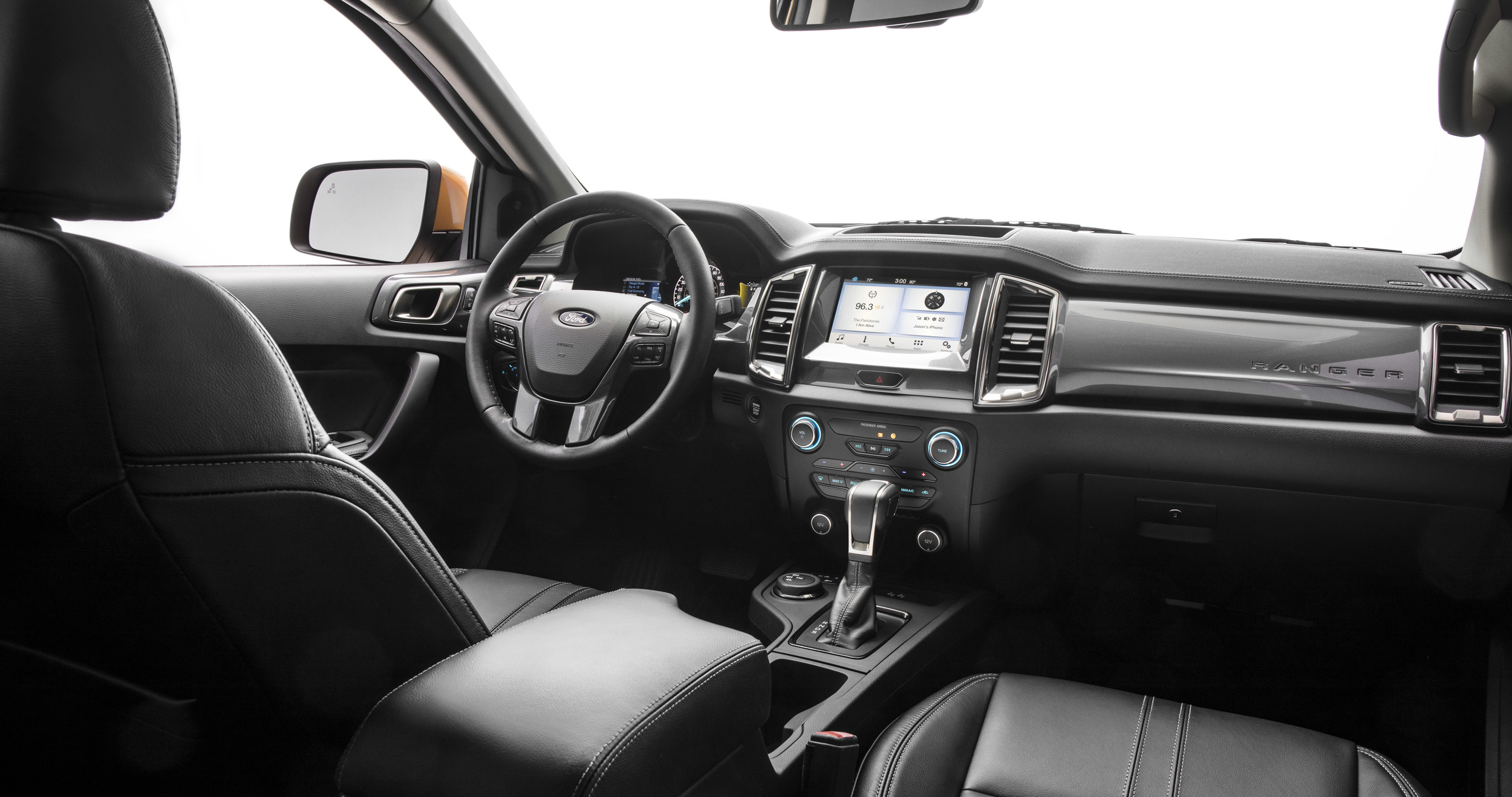 The Ranger will be equipped with a 2.3-liter turbocharged four-cylinder EcoBoost and Ford’s new 10-speed automatic transmission. And although no numbers have been released, it’s expected to be in line with the optional 2.3-liter engines that power the Explorer and Mustang.

The FX4 (4WD model) comes with four driving modes: Normal; Grass, Gravel, and Snow; Mud and Ruts; and Sand. Going a step further, a new Trail Control feature offers cruise-control-like convenience for low speed off-road driving. The system controls braking and acceleration in order to maintain a set speed, while also being able to automatically alter the output going to each wheel.

A Raptor Ranger was just unveiled in Thailand, though Ford has yet to announce when the U.S. will be getting a Raptor version. This Asia Pacific version is over a foot wider than the standard Ranger, is powered by a 2.0-liter turbodiesel, and has countless off-road enhancing features. All that being said, we really hope it doesn’t take long for Ford to bring the Raptor out of extinction in the U.S. market.

The entry level XL is expected to have a starting MSRP below $25,000 with plenty of available options to drive that number up. That being said, there are still a lot of specifics yet to be revealed in regards to the Ranger’s size, performance levels, price points, etc. But we won’t complain about not knowing all the details at this point. The Ranger is back; and although it’s not quite here yet, as the late-great Tom Petty said, the waiting is the hardest part. Lucky for us, most of that wait is over.