Super-Car SUV’s on the Rise

The SUV and Crossover segments are exploding. Stark evidence of this can be seen when looking at some of the newly available models out there. For example, consider the Levante, Urus, and Bentayga. But no, these aren’t all-new models being released by Mazda, Ford, or Toyota.

You know the craze surrounding SUVs has reached a high-point when you consider that the aforementioned models are products of Bentley, Maserati, & Lamborghini…yes, that Lamborghini. It may seem like we’ve slipped into an alternate universe, but many super-car specialists have turned their attention to the SUV segment.

And although we’re also seeing this SUV takeover occurring in the fleet industry, these vehicles won’t be making their way into mainstream fleets anytime soon. So join us as we take a look at some super-SUVs that are quickly becoming part of the norm in the auto industry. 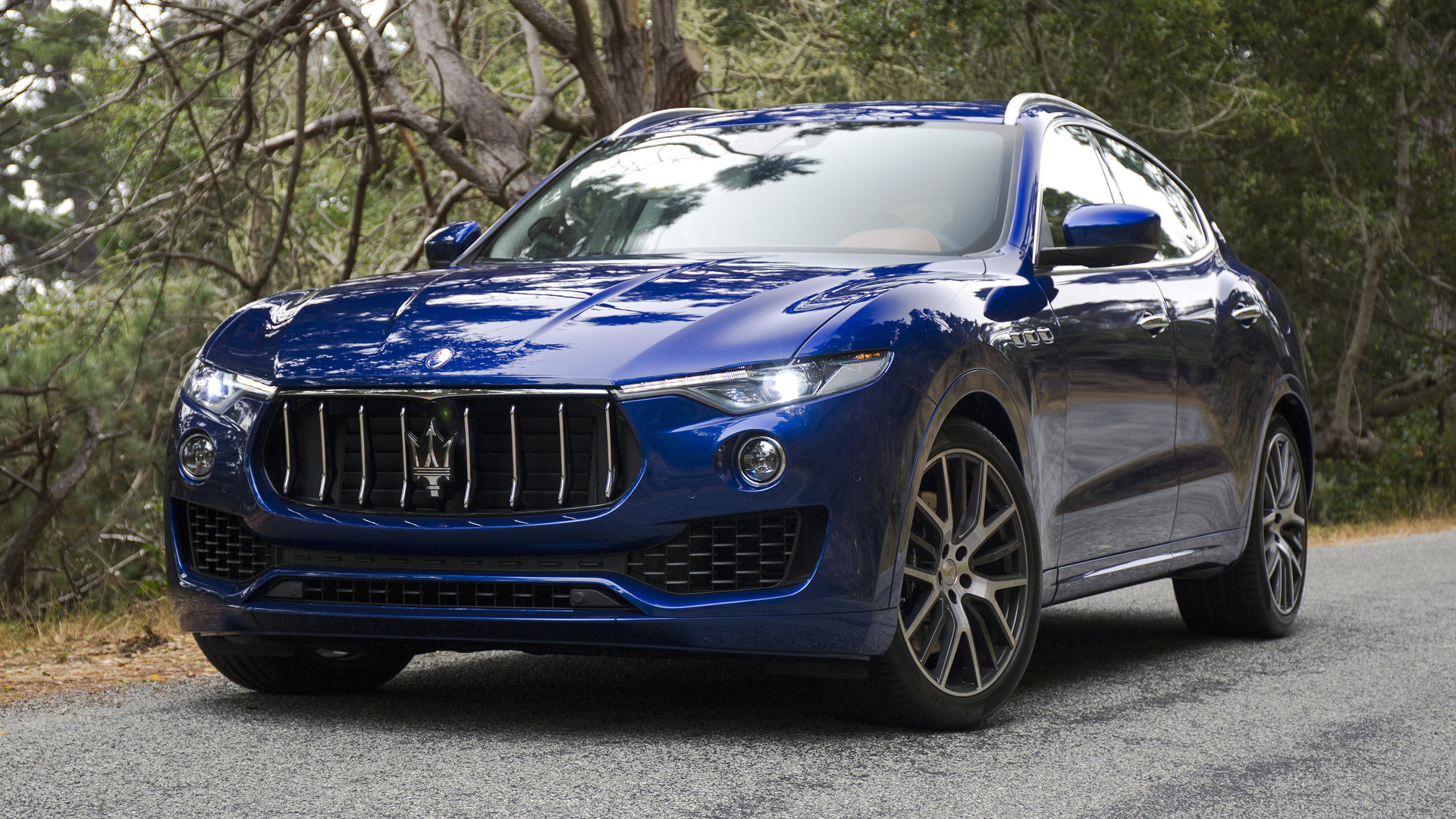 Maserati makes the list thanks to the release of the all-new Levante. The powerful, flowing lines that adorn their coupes seem to be at the heart of the Levante’s design. In fact, Maserati was sure to include many of their essential design cues, including the customary triple air vents along the robust front fenders. The massive Trident of Neptune emblem is set in the center of eight vertical chrome bars that makeup the grille. Pair this with the narrow headlights that are hooded by LED strips and you end up with an aggressive sports-car look that is fitting of the Maserati name.

The Levante is powered by a twin-turbo V6 that puts out 424 HP. In true SUV fashion, the Levante has a towing capacity of nearly 6,000 lbs. And if for some crazy reason you get tired of listening to the growl of the engine, there’s a Bowers & Wilkins Surround Sound system that includes 17 speakers.

A unique offering comes in the form of the Levante’s active air suspension system, which raises or lowers the vehicle according to need or preference. The six different settings enable the driver to select the ideal level for the different roads or terrains. From high-clearance for those off-road excursions, to a low setting for fast and efficient highway driving, you have the ability to ensure you’re maximizing the vehicle’s performance. The Levante is a beautifully designed vehicle and only makes us want to see more SUVs and Crossovers from Maserati. 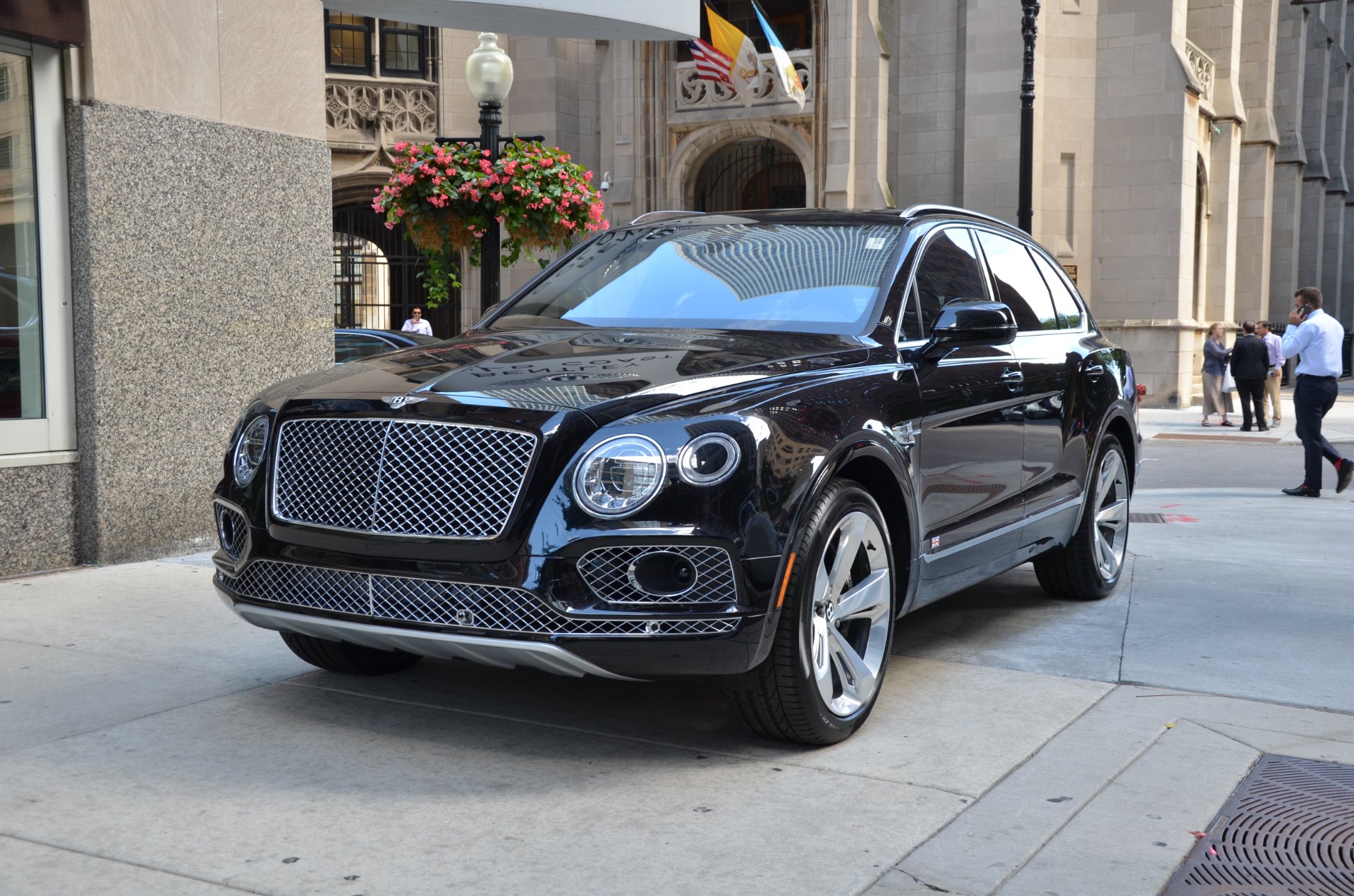 The Bentayga was proclaimed as the fastest production SUV during its introduction ceremony (although the next vehicle on this list may have surpassed it). The massive W12 petrol engine produces 600 HP and 664 lb-ft of torque with an electronically-limited top speed of 187 mph. All of the power isn’t just for show, as the Bentayga has a towing capacity of 7,716. And knowing Bentley, it should come as no surprise that the Bentayga is the world’s most expensive production SUV (Starting at $229k).

And although it may be difficult to forgo driving this beast, if you plan on buying a Bentayga Mulliner, be sure you have a driver lined up from time-to-time. Not falling short on over-the-top luxury (obviously), separating the two rear seats is a built in bottle chiller and pair of handcrafted crystal champagne flutes. Oh yeah, and those two rear seats include massaging and ventilation functions. So you can sit back and enjoy a drink and a massage as you take in the beautiful walnut veneer that adorns rear cabin. 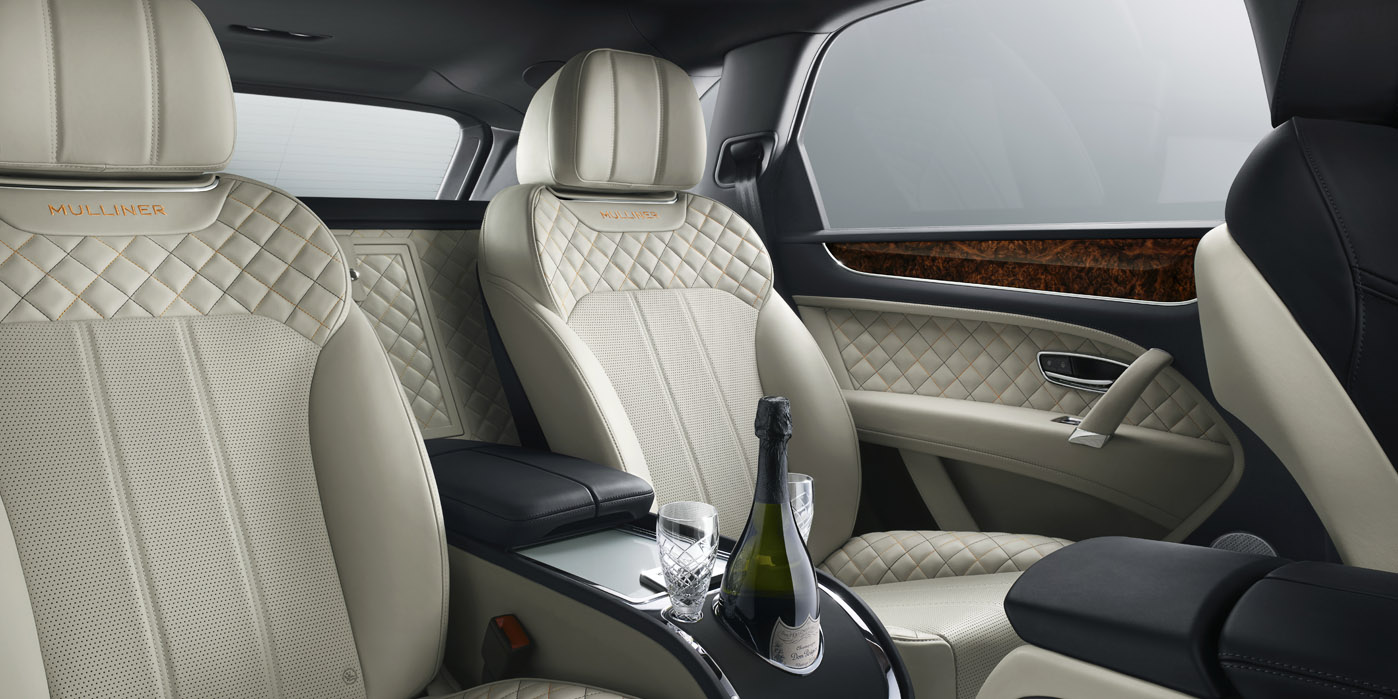 Think all that luxury means soft hands? Not for the Bentayga. The rigorous test regimen included winter testing in the Arctic, sand testing on the Big Red dunes of Dubai, gravel testing in the mountains of northern Spain, as well as treks across the rugged terrain of Chile and Bolivia. The eight different driving modes, four of which are for off-road, ensure that you can manage any type of terrain you come across. 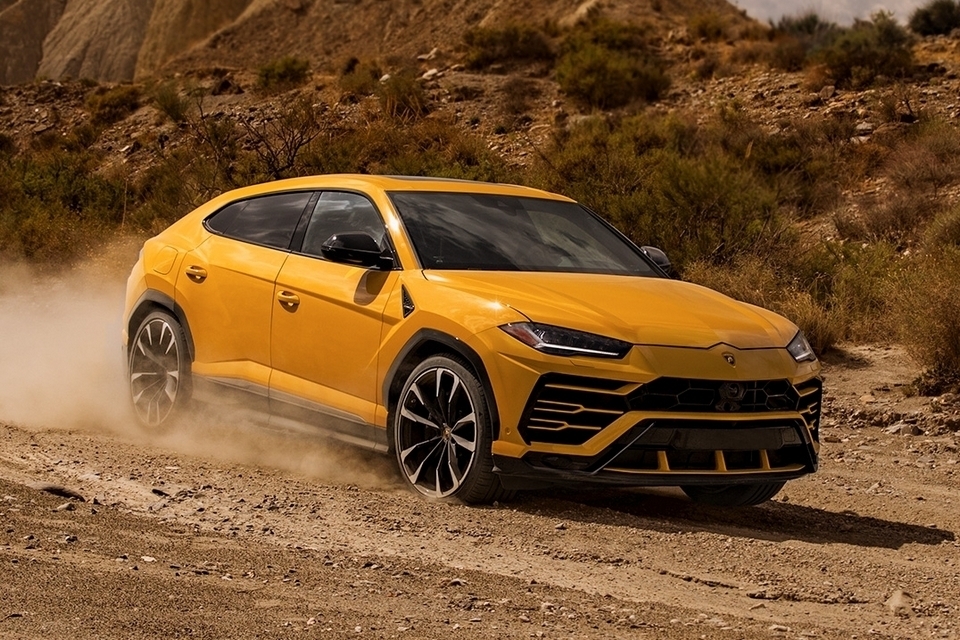 Staying true to form, the majority of the torque is directed to the rear axle for a sport-oriented dynamic. An all-wheel-drive system features a locking center differential, 4-wheel steering (similar to that of the Aventador S), and an air suspension system ensures the ride is as polished as the standard 21” rims. The seven driving modes adjust the vehicle’s performance to match your exact driving condition, because with all this power, it’s vital to remain in control.

As expected, the Urus is engulfed in the sharp lines and powerful appearance that is synonymous with the Lamborghini brand. Sporty and aggressive features give the Urus the look of a true Lamborghini, and as their website puts it, the Urus is the “first five-seater super sports car.” The customizable interior can be just as sporty, but available woodgrain and leather options allow for abundant luxury. Three HD screens adorn the dashboard, one of which includes a virtual keyboard with a hand-writing recognition feature for ease-of-use. The 3D sound system consists of 21 Bang & Olufsen speakers, all of which or more than likely needed to cover the roar of this beast.

Keeping Up with the Jonses

Most likely to join the SUV party: Aston Martin (DBX), Rolls-Royce (Cullinan) and in all likelihood, Ferrari. Analysts say the SUV has become a natural fit for brands of all segments, with sales in the luxury range quadrupling from 2010 to 2016.

The continual ebb and flow of the auto industry has brought back the popularity of both SUVs and Pickup trucks for the time being. That being said, we’ll be sure to stay on the lookout for any news on a Lamborghini pickup.